Ethereum started a major decline below $3,500 against the US Dollar. ETH price tested $3,000 and it is now attempting a strong recovery wave.

Ethereum started a major decline after it failed to clear $4,000. ETH declined heavily below the $3,800 and $3,700 levels. It even broke the $3,600 support level and settled well below the 100 hourly simple moving average, similar to bitcoin.

There is also a key contracting triangle forming with support near $3,400 on the hourly chart of ETH/USD. An immediate resistance on the upside is near the $3,500 level. 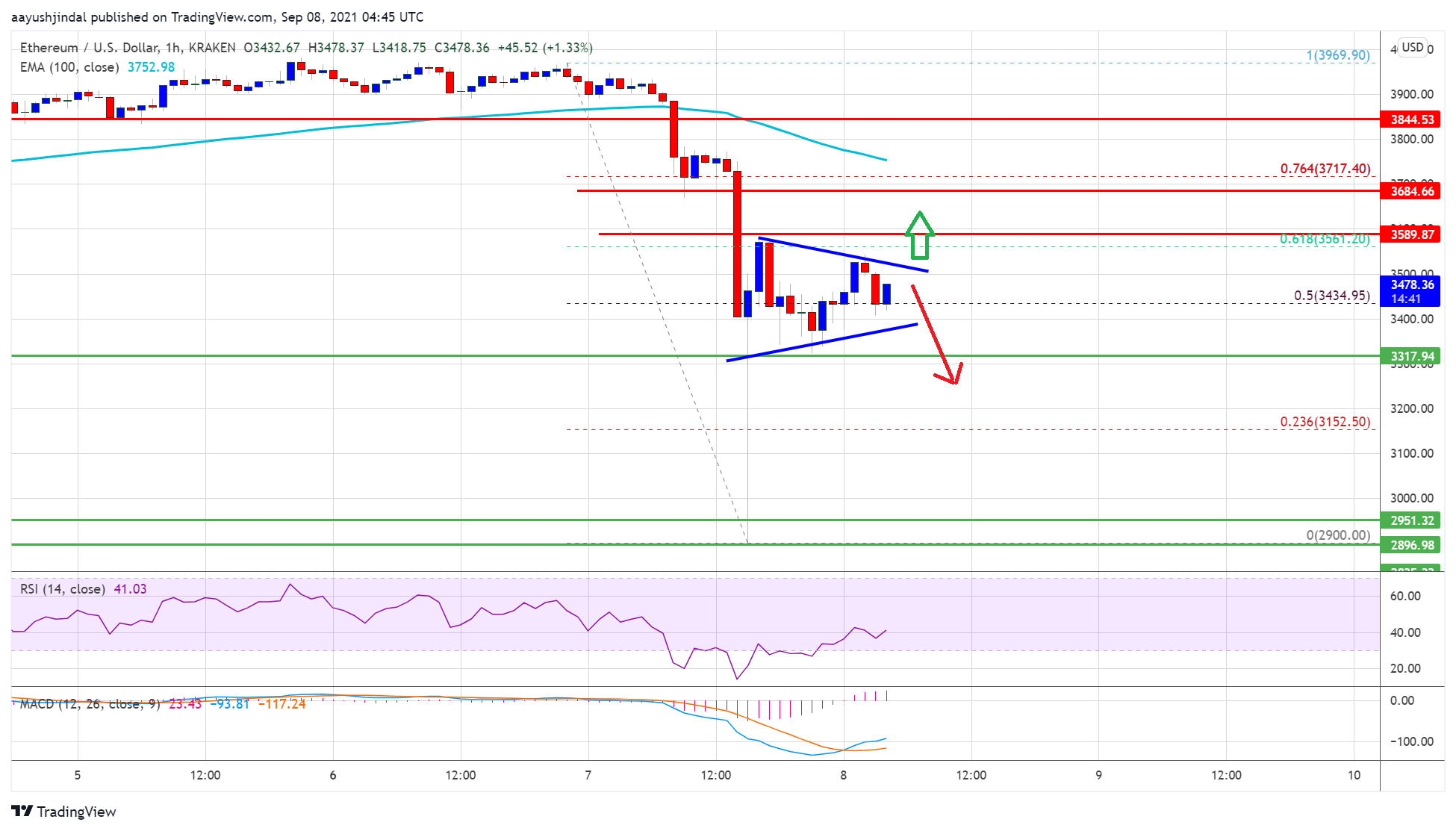 If ethereum fails to continue higher above the $3,560 and $3,600 resistance levels, it could start another downward move. An immediate support on the downside is near the $3,400 level.

The next major support is now forming near the $3,320 zone. A downside break below the $3,320 support zone could push the price further lower. In the stated case, the price is likely to decline towards the $3,000 level in the near term.

Hourly MACD – The MACD for ETH/USD is slowly gaining pace in the bullish zone.

Hourly RSI – The RSI for ETH/USD is now moving higher towards the 50 level.

Ethereum Price Remains Supported For A Fresh Increase Above $1,600

Blockchain newsletter for July: Blockchain and other technologies make for powerful solutions

US Inflation Hits New 4-Decade High of 7.5% in January