Bitcoin (BTC) was up by 3.82% in the last 24 hours to hit $47,011 during intraday trading, according to CoinMarketCap. The surge of price pushed the leading cryptocurrency above the 200-day moving average (MA).

“Bitcoin daily close back above the 200 day MA and the golden cross confirmed.” 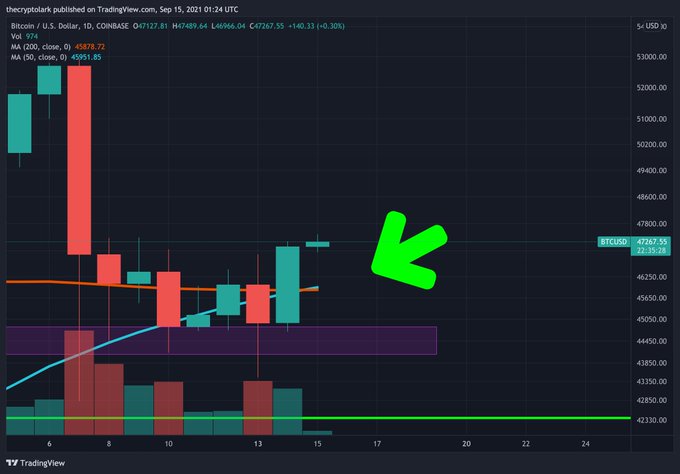 The 200-day MA is a key technical indicator used to determine the general market trend. It is a line that shows the average closing price for the last 200 days or roughly 40 weeks of trading. A surge above this indicator shows the start of an uptrend.

On-chain analyst Will Clemente believes with the 200-days MA crossed, Bitcoin needs to break resistance between $47,000 to $47,150 before experiencing a surge towards $50.5K.

Is Bitcoin facing a breakout?

According to market analyst Ali Martinez:

Meanwhile, 93% of Bitcoin’s supply hasn’t moved for a month, and this is a metric that shows bullish supply dynamics. Davis echoed these sentiments and said:

“We just hit a new all-time low for young Bitcoin (under 3 months) HODL wave. This often signals the end of a bearish period and is often a time when big money accumulates.” 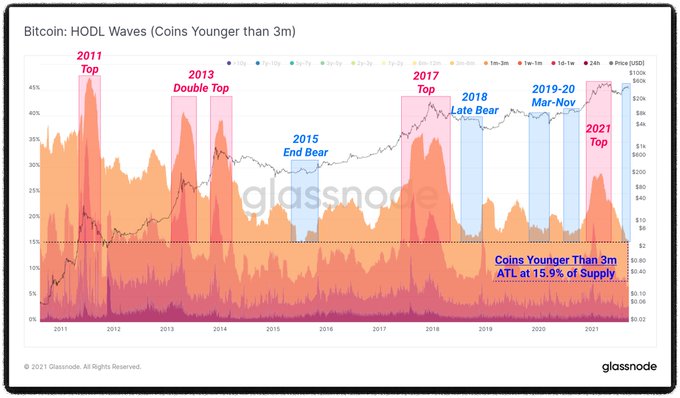 Nevertheless, Veteran trader Peter Brandt recently cautioned against the “fear of missing out” (FOMO) trading in the present Bitcoin market, warning that the market was not yet in a bull run based on the congestion taking place.

A Strengthening Case for Upside